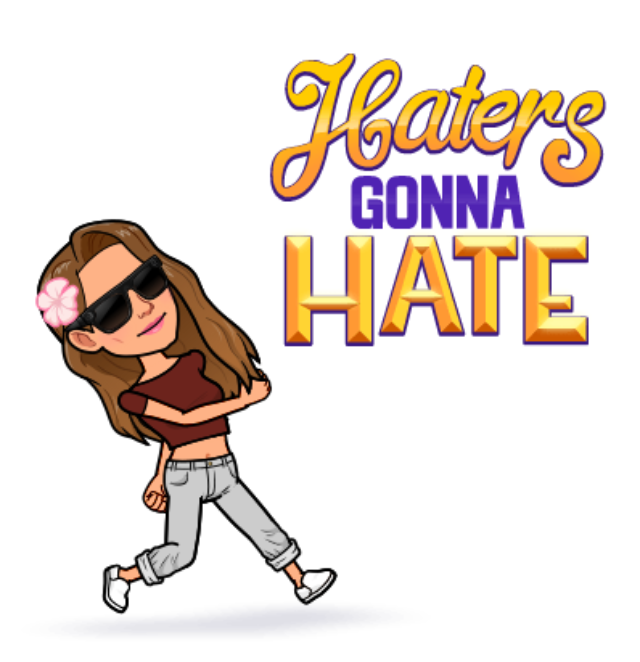 WE BELIEVE IN FACTS WITH TRUTH

What is the reason behind the hate?

Many voting Americans hate President Donald Trump for reasons that are not ever explained in detail; the media says you should hate him… so you do!  But if we looked at the facts of his Presidency and actually investigated the accusations made against him, we’d find that FAKE news is too mild a term for the manipulation America’s media has perpetrated against the people.

I can’t take credit for all of the below facts, thoughts and questions but they do make you think.  I haven’t appreciated each one of the things the President has done, but I do the majority.  And, his accomplishments are astonishing because he did most without the support of Congress.

If you have a hate for this President, perhaps your mind is already closed, but I have faith in Americans and believe deep down inside you want the best for our country and its future.  I believe most Americans hate being lied to and certainly do not “cotton-to” being manipulated by half-truths or downright lies!  With that said, I ask you to open your mind for a moment and read over the facts and questions below. Do your own research and then ask yourself why you hate President Donald Trump.

FOR ANYONE NOT SUPPORTING TRUMP
(author unknown)

** Do you dislike that he made cruelty to animals a FELONY?

Do you dislike that he gave billions to stop the opioid crisis?

Is it because President Donald Trump destroyed ISIS and killed numerous terrorists without going to war? Or perhaps you hate him because he didn’t start World War III with North Korea, as predicted by his prominent haters? (In fact, not one of their doomsday predictions against this President have come to fruition.)

Do you dislike him because we are the largest producer of oil?

Do you dislike him because he wanted to build a wall to keep criminals, gangs like MS13, and drugs from coming in?

Do you dislike him because he just slashed the price of medications in some cases 50%, which is driving big Pharma nuts?

Do you dislike that he signed a law ending the gag-order on pharmacists, which prevented them from sharing money-saving options on prescriptions?

Do you dislike the fact that he signed the Save Our Seas Act which funds $10 million per year to clean tons of plastic and garbage from the ocean?

Do you dislike that he signed a bill for airports to provide breast-feeding stations for nursing moms?

Do you dislike that he signed the biggest wilderness protection and conservation bill in a decade designating 375,000 acres as protected land?

Do you dislike that he loves America and puts Americans first?

Do you dislike that he made a gay man the ambassador of Germany and then asked him to clean up national security and unclassified as much of it as possible for transparency?

Do you dislike that he’s kept almost every campaign promise (with nearly ZERO support from Congress!) plus 100 more promises because Washington was much more broken than he thought?

Do you dislike like that he works for free, donating his salary to different charities?

Do you dislike that he’s done more for the black community than every other President?

Do you dislike that he listened to Senator Scott and passed Invest In Opportunity Zones to help minorities?

Do you dislike that he passed prison reform, which gives people a second chance and has made quite a huge difference for the black communities?

Do you dislike that he passed VA reforms to benefit the very people who served our country and defended our freedom?

Do you dislike that he’s winning and signing new trade deals that benefit Americans, instead of costing us more?

Do you dislike that he loves his flag and his country?

Do you dislike that he calls out and has shown all of us that they ARE Fake News, and they twist the truth to control and mislead the people and he is trying to protect us from this?

Do you dislike that he’s ending wars?

Do you dislike that he has made a commitment to end child-trafficking and crimes against humanity and there have been 1000’s of arrests already?

Do you dislike he’s brought home over 40 Americans held captive, the last one from Iran?

Do you dislike that wide-spread investigations have now proven he was correct about the Deep State and he truly was spied on by the Obama administration?

Do you dislike that he was a Billionaire before he ran for President and now is worth at least 1/3 less… because he loves America THAT MUCH?

Do you dislike that he’s making the world pay their fair share to the United Nations (and NATO) for protection?

Do you dislike that he respects cops, veterans, ICE & First Responders?

Do you dislike that he does not sell out America to other countries, like the leaders prior to him have done?

Could it be possible that the ones who sold out America, lined their pockets, own the media and Hollywood hate him for exposing them AND for putting the American People first? AND could it also be that this is why they must manipulate our thinking and control the information we hear in order to steer all of us (people) in the direction of hate for our President?

These people benefit when you hate the man who is trying to stop their corruption against our nation.  You see, if you hate him too and vote against him, they won’t need to give up the wealth they have obtained and can continue to receive through insider trading and outside interest dealings, people-control through legislation and mass taxation.  Shouldn’t you at least RESEARCH this possibility?

Could 65,000 Americans already know the TRUTH?  Do they now understand that President Trump has done more for black Americans than the past 5 Presidents did in the last 20 years?  Perhaps they now know our President is not a racist, which you have been made to believe by a constant barrage of lies and miss-quotes.  It has been drilled into your head and yet you’ve never researched or dared to think for yourself regarding this President’s accomplishments?  WHY? Because, we all assumed we could trust our American media; we now know we most definitely cannot!

To receive a quick understanding, start by watching those daily briefings by our President and his team during the lockdown (they are all online) and then compare by watching the coverage of those same briefings by Main Stream Media.  You’ll see how they perverted and twisted the words of the President and his team… Do you actually believe the President encouraged America to inject bleach?

Research the effects of UV LIGHT which is used to disinfect SCHOOL BUSES and medical equipment and is also being used as a treatment for bacteria and respiratory infections by injecting it into humans (search Healight but don’t use Google, they are part of the Deep State and manipulate what you see! Plus, they sell our info, which is why you see merchandise pop up the day after you searched for something! Use Duckduckgo)!!!

The media and political haters want you to believe our President is stupid. If you figure out that he isn’t, they will lose billions of dollars as well as their control and power over you.  I know… in all seriousness, it is difficult, but research and be true to yourself.

You are not alone. BLIND hatred of this man or any man is wrong.  It is true that President Trump is literally trying to save us from the far Left and radical Socialists.  If they continue to gain power, it is going to be detrimental to our country; and blind hate will have caused their triumph over this nation’s freedom and independence.

They are teaching hatred and separation, even within our own families! You are not allowed to agree with “part” of their agenda and think for yourself; you must repeat their FULL belief system or name-calling and insults ensue; this is the definition of a cult!  All or nothing! They despise LAW AND ORDER; just look around you.   President Trump supports Law and Order; he knows this is how Americans are safe and we can live in a civilized society. He is the one standing for unity in this nation and putting America first.

You will be amazed at how much more peace comes into your life when you turn off the FAKE NEWS and turn to the truth, America; where we focus on what unites us, not what divides us. There is a common denominator among We the People.

The media hated President Trump from day one. Impeachment was on the table before he was elected.

They said Impeach the mother Fuc#^*r….but HIS rhetoric is bad?  (Quote: Rashida Tlaib)

He’s never been given a chance yet he’s done more in 4 years than most presidents and he’s done this with zero help from the media or democrats.

How dare he care so much about America. Love it or leave it.

All of these are verifiable statements of what President Trump has done!  And it’s absolutely verifiable that the media twists his words!  Do your research.. **

While I do not know the author of the questions for truth and hate above, I do know hate has blinded this nation.

Truth does set us free!  Lies and hate keep us bound up and blind.  Hate destroys while truth builds and heals.

I believe when Americans have the facts and see the truth, they will judge President Donald J. Trump much differently.  They still may not like his tweeting or his blunt and blatant ways, but honestly, could he have accomplished anything if he had not been so harsh, so tough and defended himself (and America) so strongly?

Take a coffee break with Beth Ann each weekday morning