It isn’t about birth control!  Women’s concerns in this nation are no different than the men!  The lack of jobs, bad economy and inflation are heavy concerns to women.   I believe it’s insulting for government leaders to continue to point at “birth control” as if that’s all women have to be concerned about these days.

Gun Control is another issue that is a great concern for women.  As a rule the majority of females are going to be physically weaker and smaller than their assailant, for government officials to tell women they are not allowed to defend themselves with guns or to limit the amount of ammo they’re allowed to carry, is an infringement against women’s safety.

The legislation and entitlements that government liberals continue to promote for women (and others) do more to bind women, making them enslaved and dependent instead of allowing them to care for themselves, allowing them to express their true strength and become productive and sustainable citizens. 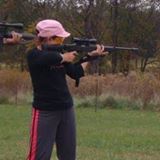 Politicians and media continue to label Americans separating us instead of uniting us which would make America stronger!   Laura and I both agree that Americans must look to one another and stand together.

Standing together with truth we can do exactly that…