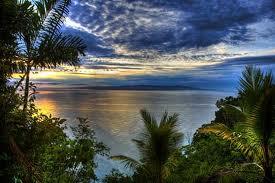 Imagine a land with bluer skies, green grasses and Industries & jobs thriving… a healthier people… more sovereign states – A Land with NO EPA!!! My guest is Jay Lehr Ph.D with a 5-year plan to end the EPA!

Jay Lehr (jlerh@heartland.org) is a science director at The Heartland Institute, an independent nonprofit organization based in Chicago.  He is an internationally renowned speaker, scientist, and author who has testified before Congress on dozens of occasions on environmental issues, and consulted with nearly every agency of the federal government, as well as many foreign countries.  www.heartland.org

Please listen to today’s show   https://csctalkradio.com/the-epa-has-outlived-its-usefulness/  and let’s get this freedom ball rolling for the betterment of this nation.

Here’s the link to Jay Lehr’s 5-year plan… download it… print it… send it to your elected officials!  http://heartland.org/policy-documents/replacing-environmental-protection-agency

On CSC Talk Radio www.CSCTalkRadio.com we’ve discussed numerous times the bully tactics of the EPA and many other departments of bureaucracy.  Bureaucracy has run amok in our nation and is stifling our productive, killing jobs and stealing liberty from all Americans!

Social engineering is what we’re experiencing in this nation with bureaucratic departments and their “agents” sent out to enforce their rules, regulations, mandates and fines should you not comply.   These agencies are now invading most every aspect of our lives… environment, businesses, education, health, our faith and religion, food, farming & ranching, natural resources, our land and much more.    If we can do away with the EPA perhaps we can then begin the same process to do away with several other bureaucratic agencies and thus once again become a nation that is productive…. Living that American dream free ~ life, liberty and the pursuit of happiness…

As a Republic it is our duty to defend liberty from all enemies – domestic (bureaucrats) and foreign.

We were designed to be a nation governed locally – not dictated from DC Occupiers, who work for corporations and not American citizens.