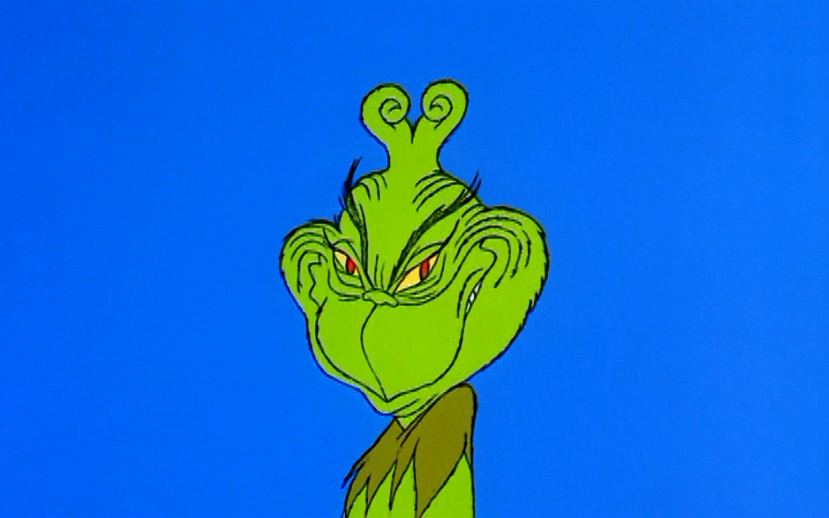 Everyone Down in Freeville Liked Liberty a LOT,
But the Grinches, who lived above Freeville, Did NOT!
The Grinches hated Liberty, and the whole Election season!
Now, please don’t ask why, no one quite knows the reason.
It could be their heads weren’t screwed on just right.
It could be, perhaps, that their shoes & facelifts were too tight.

But I think that the most likely reason of all,
May have been that their hearts were two sizes too small.
Whatever the reason, their hearts, faces or shoes,

They stood there on Election Eve, dreading to lose.

Staring down from their towers up high with their sour, Grinchy frowns,
At the warm lighted windows below in Freeville towns.
They knew everyone down in Freeville beneath,
Was busy now, hanging Patriotic wreaths.

“And they’re studying their ballots, and praying!” They snarled with a sneer,
“Tomorrow is Election Day; It’s practically here!”
Then they growled, with their Grinch fingers nervously drumming,
“We MUST find some way to stop Liberty from coming!”

For tomorrow, they knew, all the Freemen and Freewomen,
Would wake bright and early to news of great winnings!
And then! Oh, the noise! Oh, More Rallies and Noise!
Noise! Noise! Noise!
That’s one thing they hated! The NOISE!
NOISE! NOISE! NOISE!

Then those in Freeville; the young and the old,

Would sit down to feast on their apple pie – alamode!

Which was something the Grinches couldn’t stand in the least!

NO happy citizen displaying Liberty with mom, apple-pie or anything free!

And THEN they’d do something they like least of all!
Everyone in Freeville, the tall and the small,
Would stand close together, with drums beating, bells ringing

They’d place their hands on their heart then they’d all start that singing.

Then they got an idea! A most awful idea!
THE GRINCHES GOT A HORRIBLE, TERRIBLE, AWFUL IDEA!

“We know just what to do!” Those Grinches laughed all together.

And they chuckled, and clucked, “What great Grinchy tricks!”

First the dead they shall rise and vote lickety-split –

We’ll fix this election Freeville will not sing,

They’ll be shocked at their loss and we’ll OWN everything.

No signatures needed; ID’s not required.

The polls must be guarded by overseers we hired.

When ballots arrive; no date is too late!

The ballots, we’ll cure them for our candidates.

The Dominion Machines will make counting so easy,

We’ll mail millions of ballots to the near and the far;

We’ll hide them in suitcases, boxes and cars.

We’ll place them right here and then move them over there,

By trucks and by trollies by cars and by dollies.

We’ll move all our ballots we’ll win this great folly.

The people in Freeville they’ll scream and they’ll cry,

There will be no contesting our hijinks are sly.

We thought every thought and we’ve schemed every scheme,

Our plan is so brilliant, so wise, we are pleased

The Grinches’ plans were the perfect strategy,

For stealing the election in two thousand and twenty..

And when we have stolen each seat in the land,

We’ll go to work quickly and change all the rules;

Those deplorables in Freeville are such little fools.

We’ll own the medias, the courts and the judges,

The Grinches are saying,

NO Juries of peers

The Grinches did give such wickedly sneers.

We’ll change all their precious laws of the land,

Their Republic will die by the pens in our hands.

They became oh so giddy as they dreamed of globalism,

No talk and no thoughts of Freeville exceptionalism.

The numbers were switched and the stealing began.

When morning came in Freeville that day,

The people in Freeville were shocked and dismayed.

Something has happened Our votes have been stolen,

The pallets of ballots were feloniously swollen.

Dominion opinion the counting by crooks,

Hijacking and hacking – The books have been cooked!

The people were shocked but Rallied again,

They stood all together vowing justice to win.

They sang and they waved their flags and their banners,

They pledged quite determined to get truthful answers.

They looked at them Grinches and said YOU’RE CORRUPT!

The truth will be found and you’ll ALL be locked up!

The Grinches were sloppy and not very smart;

The evidence was mounting against their fake counting.

Their efforts were thwarted by the ballots imported.

Their corruption we see their FAKE win is aborted!

The people in Freeville are happy again,

They’re singing and bragging about all their WINNING!

They’re saying their pledges with even more meaning.

The Grinches’ hearts grew nary a size;

Remorse was remiss for again they would try.

So, the people in Freeville threw the Grinches in jail,

No offer of pardon, No acceptance of Bail.

Because they stood together courageous and strong,

Because they fought to right all of the wrong

Liberty in Freeville Forever Lives On!

For Liberty comes not on papers of old,

It lives in the hearts of Patriots Bold!