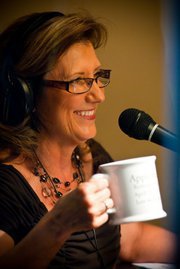 Remember the era of time in history when people in America talked about other nations and how they were communist ruled and the media/press never allowed the people/citizens to know the truth about events in there own nation?

Remember Benghazi in 2012?   There has been more evidence service that again points the fingers at a cover-up by our officials… http://www.foxnews.com/politics/2014/05/01/gop-lawmaker-renews-call-for-select-committee-on-benghazi/=     This wasn’t a party spying on another party for power…(as in Watergate days)  this was the death of 4 patriots serving this nation…    Hillary Clinton has the “balls” (yes…I said that) to say… “WHAT DIFFERENCE DOES IT MAKE?!”

Again I say to this woman, for whom I have no respect…  IT MATTERS HILLARY…. A GREAT DEAL…

Will we ever know the real truth?  E-mails are surfacing that prove they had knowledge and not only that, but they plotted and connived to cover up their inability to lead & protect this nation… and their ignoring of a crisis.

These men in Benghazi weren’t just shot and killed my friends… these men were brutally & barbarically tortured!  TORTURED!!!

Hillary Clinton wants to be your president… but in my book… she cannot be president from prison…  It’s a shame this nation removed the penalty of death by hanging… there are many who assisted in this HIGH CRIME and deserve such punishment to avenge the death or our heroes lost in Benghazi.

Try Hillary…  Hang Hillary???  Imprison Hillary for life… but do not… DO NOT… Consider her to be presidential material…  She cannot run her own household – her own people/staff… and she most certainly cannot run this nation…

ARE WE A FREE AMERICA???  Or is there evidence we are now a communist nation???  As our own “Mainstream Media” sits silent on such stories.  The article’s title says “Smoking Gun” and I daresay MSM is the ashtray as they overlook murder & treason.

Down load the Letter of Grievance on the front page of this website… make copies and mail to all your elected officials… make copies and share with your friends, neighbor and relatives.   Let’s come together as Americans and………