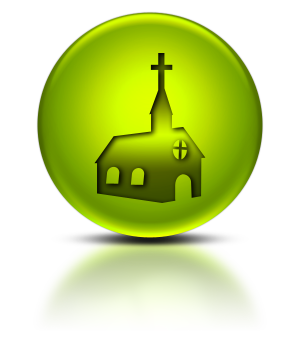 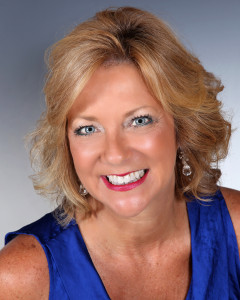 As is often the case, I had many topic choices for this week’s column. I had originally planned to cover the true economic impact of removing the oil industry from a community—based on a study a about the pipeline in closure in Santa Barbara. But, when I reached out to the study’s author, he told me it wasn’t final yet and asked me to hold off until the final report was published. OK. Then, there is the ongoing effort by the wind lobby to get the Production Tax Credit reinstated retroactively. There is news of investigations into SolarCity. Also, last week the Senate passed Resolutions of Disapproval on EPA Power Plant Rules. So many options, so little time.

However, the topic that captured my passion, won out—even though I felt that writing on it was a bit of a risk. Typically, when I follow my heart, my weekly column gets the greatest response. Hopefully that will be the case this week.

Through my Facebook page, I solicited folks in my target audience to read a review draft. I was afraid that maybe I was out on a limb on this one. Each reader responded positively—with several saying they were “stunned” to learn about the greens efforts to infiltrate the church as I cover in Greens “smuggle” climate policy into the church to tip climate politics (attached and pasted-in-below). This week’s column is based on the content of a 27-page report on “An autopsy of evangelicals’ influence on U.S. Climate law.” Gratefully, as the report points out, they “failed.” But, more importantly, they haven’t given up. While the report is intended to offer a review of the mistakes with suggestions for future success, I was struck with the revelations of inside strategies—which I believe will be of interest to all my readers whether or not you are part of the faith community.

Please help me spread Greens “smuggle” climate policy into the church to tip climate politics far and wide by posting it, passing it on and/or personally enjoying it.

One last thought: I am speaking for the Denver Petroleum Club on December 10. Denver NAPE is December 9-10—with the “Icebreaker” Wednesday evening (when I’ll be in town). I’d love to attend the Icebreaker as it gives me great networking opportunities. Please let me know if you’ll have a badge available that would allow me access. Thanks!

Without the evangelical community’s involvement, efforts to build a “broad coalition to pass major climate policies” are “doomed,” according to a just-released report fromNew America—a nonprofit group that claims to be “dedicated to the renewal of American politics, prosperity, and purpose in the Digital Age.” 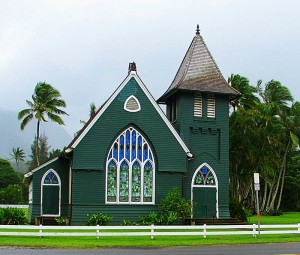 “Spreading the Gospel of climate change: an evangelical battleground,” according to E & E News, offers: “An autopsy of evangelicals’ influence on U.S. Climate law.” While the efforts “failed,” the report concludes it is “not a lost cause,” as the authors posit: “there is an untapped potential for environmental activism in the world of evangelical Christianity.” The closing words are “it is a battle worth fighting.”

So, while the initial effort may have failed, its supporters haven’t given up. They hope to learn from their mistakes and continue the crusade to “get evangelicals to tip the politics of the climate”—which consists of big-government solutions like a carbon tax and higher energy prices.

The report offers several reasons for failure, including: “donors who pushed for this ‘deliverable’ did not really understand the internal dynamic of the evangelical world,” and suggests future tactics such as: “better messaging” and more “person-to-person connections.”

Its authors lament that the evangelical community is “a decentralized religious tradition that lacks a clear hierarchy like the Catholic Church” (which helps explain the recent alarmist views adopted by the Pope and many Catholic Bishops). They claim that since most evangelicals are Republicans, asking them to embrace climate change “challenged the belief in the primacy of unregulated markets that is the ideological glue that holds the Republican coalition together.” Both statements, I believe, show how little those attempting to engage “evangelicals on climate change” really understand the Christian faith—despite one of the report’s authors being “an expert on evangelicals.”

We are not “decentralized” nor is our resistance to “engaging” in climate change based in betraying Republican values. Our faith is centered on the Bible—which we look to for inspiration, guidance, and teaching. The messaging of climate change includes an entire world-view that challenges the primacy of biblical teaching.

We believe that God created the Earth and that no part of His creation was by mistake or without intent. He created the earth to benefit humans, not the other way around. And, He is bigger than we are and has a plan. With that foundation, we see that God put coal, oil, natural gas, and uranium under our feet for a reason: because we would need it. In biblical times it wasn’t needed, but in His plan, he knew that we’d need it today. The carbon that was stored within the earth is released today providing power and food for a world that has greater population than the apostles could have ever imagined—but God knew what it would be. We appreciate nature; value the earth and the bounty it provides. We’ve learned from the past mistakes and are pleased that America has greatly cleaned up the pollution of the 70s, but we don’t worship the earth.

While I hope all readers find the report’s inside strategic analysis interesting, evangelicals should be particularly alarmed with the realization that we have been, and will continue to be, the target of an organized and well-funded effort, from outsiders who “lacked deep knowledge about evangelicalism,” to “recruit evangelicals into policy solutions to climate change.”

While admitting failure, there was some early success. Rick Warren, pastor of Saddleback Church in California and author of the best-selling book The Purpose Driven Life, was, in 2006, a signatory to the Evangelical Climate Initiative (ECI). In 2008, the Christian Broadcasting Network’s Pat Robertson appeared in an ad for climate action. Some Southern Baptist leaders drafted their own ECI—which was never launched. The report states: “Movement leaders, funders, and the environmental movement were optimistic that this small victory could be the foundation for even more ambitious legislative goals.”

The report is a fascinating case study of the outside effort to “smuggle” the climate policy campaign into churches.

When I read the full 27-page document, the influence of “environmental funders” became obvious: “Since the mid-1990s, environmental funders recognized the need for a broader field of faith-based movements who could expand the influence of environmentalism to unlikely allies. They also realized that evangelicals had a special role to play in this religious portfolio because their religious community was closely associated with the Republican Party.” Evangelical Christians became the target of “constituency engagement development.” Financial grants were made to increase the role of climate change in churches. Environmentalists worked to reframe climate change as “Creation Care” and “hoped that evangelical Christians might publically embrace climate change as a moral issue and an authentically ‘conservative’ concern.”

To do this, funders looked to the Evangelical Environmental Network (EEN) “to reach out to evangelicals and leverage the moral authority of faith.” The report states: “With funding from the Hewlett and Energy Foundations, the EEN launched the Evangelical Climate Initiative, the culmination of its four-year effort to encourage major evangelical institutions to develop a public witness on climate change.” Notable Christian organizations, such as World Vision, Habitat for Humanity, and Intervarsity Christian Fellowship were given thousands of dollars to name a “Creation Care Chair” in their senior staff. The report concludes: “From 1996 to 2006, EEN leaders and environmental funders believed that the Creation Care movement was on a trajectory of growing legitimacy and power.”

The report chronicles the work of Georgia Interfaith Power and Light—led by an Episcopal priest: Rev. Alexis Chase. She persuaded Southern Baptist churches to host HEAT classes to train lay leaders to save energy and money in their own homes. And then, “smuggled” the climate policy campaign “into the class as an extension of personal discipleship.”

According to the report, EEN hoped to persuade Barrett Duke, Vice President for Public Policy and Research and Director of the Research Institute of The Ethics & Religious Liberty Commission—the policy arm of the Southern Baptist Convention—to become an ally. Apparently, Duke “was open to the EEN’s message about climate change.” He explored the issue and listened to differing views—including the Cornwall Alliance’sCalvin Beisner (who the report paints as the key voice in exposing the Creation Care movement). Duke realized none of the climate change people gave “any consideration to the role of the Sun in affecting the climate.” Instead, climate action was about large-scale government solutions. He “settled on a belief that climate change was not human-caused and that large-scale government solutions being proposed would impose unacceptable human costs.”

They weren’t really solving the problem…They’re talking trillions of dollars of investment, a complete restructuring of the economy in order to simply slow down the rate of warming…I said, okay, millions of people will lose their jobs. The entire energy industry will be basically recalibrated. Plus, energy will be more expensive, and the undeveloped world will be plunged into poverty for another generation.

Eventually the funders became frustrated. Quoting an anonymous source addressing the lack of enthusiasm of the evangelicals they were able to bring on board, the report states: “They certainly didn’t turn out to be everything that our funders hoped they would be. Our funders and, I think, some of our inside team to a lesser extent, hoped that this group would become zealots, would kind of be a new army for the community, and would really marshal the troops to this new height. The number of them that have done that is really small. It’s a handful actually.”

In short, the evangelical Christian community has been used. National funders and environmental allies targeted us, thinking that we’d be ready to “influence legislation in Washington.” The strategy was to get “evangelical elites” to embrace “Creation Care” and “frame environmental concerns as moral issues”—thus “creating their own set of biblical and theological themes.” Then, the funders believed, they could “borrow their relationship with their constituencies and have them engage their members on the issue and have it be in a way that would appeal to their constituency.”

While environmental funders who invested in building the Creation Care movement have admittedly failed, the report states: “Movement leaders have also deepened their commitment to more long-term, values-based organizing in local evangelical spaces.” Now, instead of targeting “evangelical elites,” they realize they need “rank-and-file evangelicals.”

I encourage my fellow evangelicals to put on the full armor of God. As Duke did, use your intellect and prayer to discern the truth. Much like the serpent’s efforts with Eve, many Christians have come to realize that Creation Care has nothing to do with The Creator; instead it is attractive messaging for a political agenda.

Be alert. You are the prize to those who lack knowledge about who you are and what you believe in. Without you, their efforts are “doomed.”

The author of Energy Freedom, Marita Noon serves as the executive director for Energy Makes America Great Inc. and the companion educational organization, the Citizens’ Alliance for Responsible Energy (CARE). She hosts a weekly radio program: America’s Voice for Energy—which expands on the content of her weekly column. Follow her @EnergyRabbit.