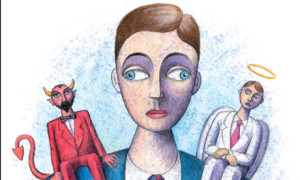 Anatoliy Golitsyn told us in his book “New Lies For Old” of how the intel was being lead by misinformation and now we have the article attached, but will we learn?

Some of those who pursue a lifetime career in the 17 intelligence sectors of our armed forces and the civilian agencies promulgate a good deal of goobledegook. As in all highly touted [and relatively highly compensated] professions, it is part of “protecting” the turf.

But if truth were told, a good deal of “intelligence” is simply intelligence, that is a thoughtful pursuit of well identified goals.

Yes, there is the so-called “tradecraft” – the methodology of gathering information. A good deal of it, perhaps the overwhelming majority, is what outsiders would normally call collecting dumb facts.

That’s why during the height of The Cold War, the Soviets’ largest embassy outside the Communist Bloc was in Mexico City. It was a joke among knowledgeable Mexicans that most of its personnel didn’t speak Spanish. What they did do was collect what would otherwise pass as ordinary materials from the U.S. – everything from catalogs to telephone books. 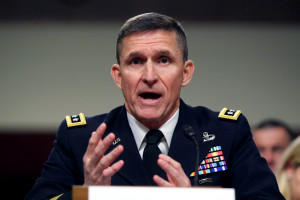 The talking heads gossiping on what is going on in the world are in one of their periodic hysterias about whether U.S. government intelligence is adequate. It is occasioned, by again a not unknown phenomenon, of a group in “the community” who have gone to the media with stories about how they are being short-circuited. They complain, with apparent justification, that their information being passed up the line to decision makers – finally to the chief decision maker, the President – isn’t being heard. Or worse still, that the word is coming down to modify findings to fit preconceived policies of the Administration. The particular issue at hand, apparently, is the evaluation of the Islamic State of Iraq and Levant (ISIL) Daesh as the Arabs call it, the premier organization of Islamic fundamentalists who have created a mini state.

Gen. Michael Flynn, former director of the Defense Intelligence Agency, one of the biggest players in the Community, was squeezed out of office by White House advisers and is on the loose.

Flynn takes umbrage, quite rightly, in accusations that it was the Community which failed to identify Daesh early on as a potent force in the chaotic Middle East. Not so, he vehemently protests, his own organization and others did identify Daesh as a threat to U.S. interests. That, of course, would seem to be what President Obama did not know or hear or get when more than a year ago he called Daesh the Varsity Team, denigrating its potency.

We are now going to have one of those inquiries into whether, indeed, “intelligence” is being twisted or rejected on is way up the ladder to the policymakers, particularly the White House. We are not very sanguine that we will get much satisfaction from the investigation.

For one thing, as is his wont, Obama has already publicly reached a decision before the inspector general announces his verdict.

‘Intelligence” has unfortunately been plagued through the ages with failures. Pearl Harbor used to be the most dramatic modern example, when all the evidence – including thoughtful estimates by our then ambassador to Japan Joseph C. Grew – had long argued where Japanese [and American policy] were heading. And, indeed, Grew sent a warning by a fellow diplomat almost a year ahead of the event.

The latest debacle, or perceived as one by many, is the reporting which led to President George W. Bush’s decision to invade Iraq and bring down Saddam Hussein. Bush’s critics, especially those on the other side of the aisle, are fond is declaring that this was a perversion of intelligence. In fact, the argument that Iraq was pursuing weapons of mass destruction was built on a body of facts and conjectures shared by all the other intelligence organizations of our allies.

Bottom line: “intelligence” is, in the end, intelligence, put together by people who are neither 10-feet tall nor have a sixth sense. Better to try to usher our best minds into following such a career and take our lumps when they make mistakes. But, above all, we must honor the profession and see that its product reaches the consumer in a pristine fashion, undiluted by a backward flow of instructions. 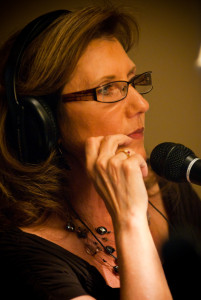 Be sure to follow Beth Ann weekday mornings 10:06-11am CT