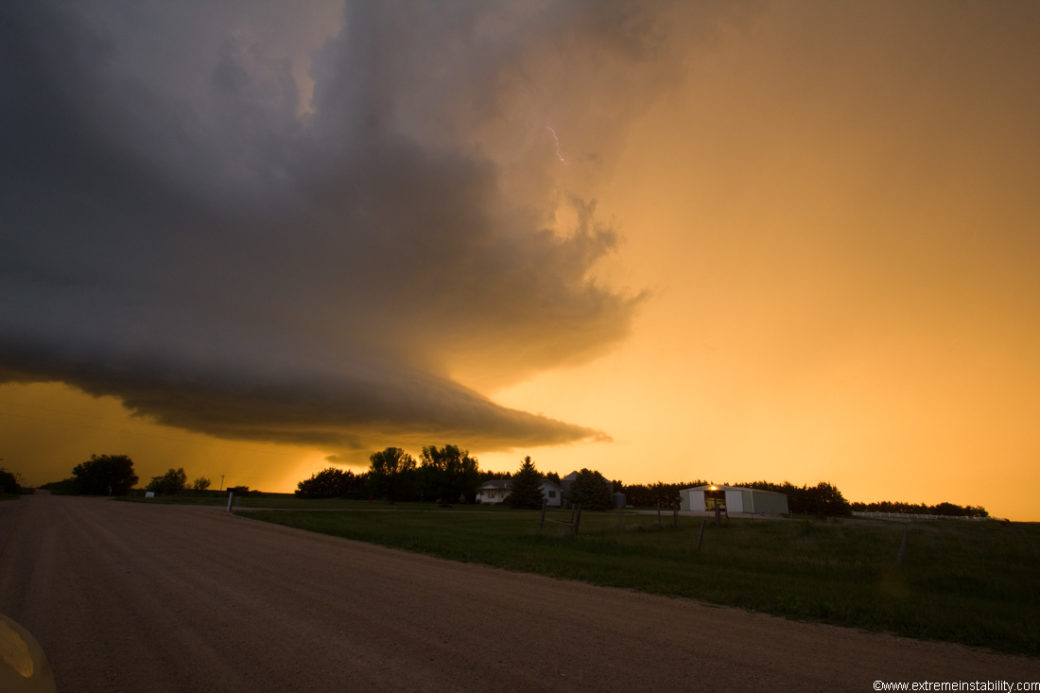 (The following is my commentary draft from today’s show: December 28, 2018)

TODAY…. WE CELEBRATE TOGETHER AS CSC TALK RADIO HITS 2000 SHOWS!

YEAH – I KNOW IT’S NOTHING TO SOMEBODY LIKE RUSH LIMBAUGH… OR SEAN HANNITY… OR EVEN LAURA INGRAM – BUT FOR BETH ANN TODAY – IT’S A HUGE ACCOMPLISHMENT AND MILESTONE!  WITHOUT YOU… I WOULD HAVE NOT (THUS FAR) WEATHERED THE STORMS OF NEW BUSINESS…  IT’S A CONTINUAL STRUGGLE OF UPS AND DOWNS.   LIKE YESTERDAY WHEN CENTURY LINK FAILED MUCH OF MID MISSOURI INCLUDING THE LINES TO BROADCAST CSC TALK RADIO – BUT SOMEHOW, WE WERE ABLE TO USE THE OLD TIME TELEPHONE AND CONTINUE….  EVEN SO, SOME OF MY AFFILIATES WERE FORCED TO AIR AN OLDER SHOW INSTEAD OF THE LIVE SHOW YESTERDAY. 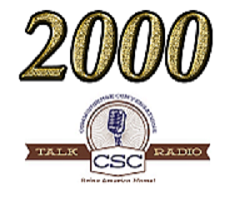 I’VE BEEN A ONE-MAN BAND FOR MOST OF THE YEARS HERE – BUT SINCE JUNE, I’VE HAD A GOOD FRIEND VOLUNTEERING HERE IN THE OFFICE…. WE’VE ADDED A YOUTUBE CHANNEL…. AND WE’D LOVE YOU TO JOIN US THERE.  SOMETIME IN 2019 – WE’LL GO LIVE WITH THE YOUTUBE VIDEOS OF THE SHOW – ON FACEBOOK TOO.  RUDY – HAS TAKEN MUCH OF THE BUSY WORK OFF MY SHOULDERS AND HAS BEEN A “GOD SEND” TO ME…

EACH DAY WE VISIT ABOUT THE UGLINESS – THE CORRUPTION – THE STINCH IN DC – THOSE DC OCCUPIERS – OCCUPYING OFFICES AND CUTTIN’ DEALS…. BUT LATELY (THE LAST 3 YEARS) IT’S BEEN EVEN WORSE… AND MORE OBVIOUS THAT WE’VE LOST OUR NATION’S SOVERIEGNY AND OUR OWN LIBERTY… THEY DON’T WANT YOU TO IDENTIFY AS A PROUD AMERICAN BUT INSTEAD WANT YOU TO BE ASHAMED OF WHO WE ARE ….  I WILL NOT!!!  WE HAVE HERE IN THE USA – OVERCOME MANY STORMS… WITH EACH WE’VE LEARNED AND GROWN… THOSE UGLY STORMS HAVE MADE US STRONGER

OUR FRIEND ED – WROTE TO ME THIS MORNING….

“We could end the Democrat nonsense with a million-man march on Washington to shut the place down for a month.  These people took over the Democrat Party in 1968 by taking over the Democrat Convention in Chicago.  Demonstration by the people is the only thing that scares the crap out of them other than the Second Amendment and the armed citizen.”  ed

I SENT BACK A NOTE…. SAYING TO ED THAT “THIS IS A GREAT CALL TO ACTION… BUT DO AMERICANS CARE ENOUGH TO BE THE STORM….?”

WHILE STORMS CAN BE SCAREY AND DISTRUCTIVE…. ONCE THE STORM HAS PASSED THERE’S A CALM…. EVEN A FRESH SMELL IN THE AIR…. THE LIGHTENING AND THUNDER – SERVED A PURPOSE.  THE WEATHER SYSTEMS COLLIDED AND THE TURBULANCE HAPPENED!

“YOU WILL NOT BE THE SAME AFTER THE STORMS OF LIFE; YOU WILL BE STRONGER, WISER AND MORE ALIVE THAN EVER BEFORE!”  BY BRYANT MCGILL 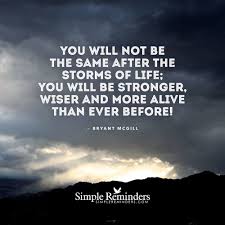 I’VE BEEN SEEKING CONSULTATION FROM OTHER SUCCESSFUL BUSINESS FOLKS …. THEY ASKED “WHAT IS YOUR BRAND?”  WHAT MAKES YOU DIFFERENT THAN ANY OTHER TALK SHOW HOST?   I ALWAYS HAVE TO STOP AND CONSIDER…  “I AM THE PEOPLE” ~ “THE VOICE OF THE FORGOTTEN… THE VOICE OF RURAL AMERICA!”

THEY SUGGESTED I COME UP WITH A “LINE” ~ AND WHO BETTER TO COME UP WITH A CATCH PHRASE FOR ME… THAN YOU THE LISTENERS?  AFTER ALL YOU’VE BEEN LISTENING TO ME NOW FOR NEARLY 8 YEARS….

MY LATE BOSS USED TO BRAG ABOUT BEING AN AGITATOR AND SAID THAT WITHOUT THAT IN THE WASHING MACHINE THE CLOTHES WOULDN’T GET CLEAN…………….  WELL…. WITHOUT OPPOSITION TO THESE ELECTED OFFICIALS… THE BUREAUCRACY….

THERE’D BE NO LIBERTY AT ALL – WE THE PEOPLE MUST BE THE STORM!  THE STORM THAT BLOWS IN AND CLEANS THE AIR!

PEOPLE… INSTEAD OF BEING THE STORM…. HAVE BEEN THE “USEFUL IDIOTS” SEEKING “THE EASY WAY” INSTEAD OF INDEPENDENCE AND LIBERTY ~

WHAT ED SAID IS TRUE………… THEY FEAR YOU…. THEY FEAR THE STORM OF WE THE PEOPLE!   IF YOU FEAR THEM…. YOU ARE ALREADY IN TYRANNY AND MUST NOW COME BACK FROM THAT PIT OF SLAVERY TO BEING A SOVEREIGN INDIVIDUAL WHO LOVES AND SEEKS TRUTH AND INDEPENDENCE – BE THE STORM!

TODAY IS SHOW NUMBER 2000 – LET’S BUILD THIS VOICE… TO BE THE STORM…. FOR LIBERTY

BE THE STORM THAT BRINGS AMERICA HOME© 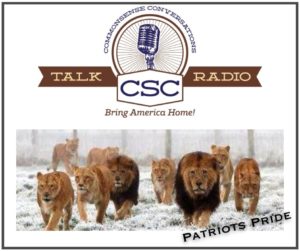 I SHARED A PART OF THE FOLLOWING ARTICLE ON AIR:  IT’S AN IMPORTANT…

Trump Derangement Syndrome: What Is It?

Trump Derangement Syndrome is hatred. It’s hatred of anything associated with opposition, dissension or departure from all things related to government activism and “social justice”.

It’s hatred of capitalism. It’s hatred of individual rights. It’s hatred of the Constitution, as it was originally conceived with severely limited powers for the federal government, and no income tax. Even if Donald Trump does not always stand for these things, he represents a departure from the consistent socialist/Communist line now espoused by most Democrats.

It’s hatred and loathing for anything that challenges what they believe. Because when you question the beliefs or views of someone with Trump Derangement Syndrome, you have blown a fan on the psychological house of cards propping up their faux self-esteem.

Like most distorted emotions, Trump Derangement Syndrome is based on irrational fear. To the Democrats who acted like sullen children during President Trump’s State of the Union address, the fear is of losing power. Their neurotic sense of power comes from feeling superior. The way they get to feel superior is by making people dependent on government programs that enhance their own sense of superiority and power. It also makes them financially wealthy, causing them to lash out at the rich they despise because on some level, they have got to despise themselves for becoming what they claim to loathe.

Rational people do not gain self-esteem or confidence from exercising power over others. They obtain confidence and self-esteem by developing and using their minds to produce valuable products, services or personal and family relationships. Democrats like Nancy Pelosi, Chuck Schumer, Hillary Clinton — and many of their Republican counterparts like John McCain — have literally nothing but government power. It’s all they know, it’s all they want or care about, and it’s the only thing that makes them feel alive or human. Why else do they remain in office decade after decade?

President Trump and his supporters threaten them because they stand in the way of unlimited government growth, spending and regulation mandated and managed by socialist Democrats. He is brash, blunt and not afraid to treat them as the phony sycophantic power-lusters they plainly are. Perhaps Donald Trump’s greatest offense, in their eyes, is that he truly does not want or need any of this. He values the country and what remains of our Constitution, but he does not value what they crave.

To the corrupt who rule our Imperial City, Donald Trump is the real enemy. He reminds them of what they are. He makes Democrats in particular wild with rage. That’s why they will not stop until they destroy him. Because if he prevails, all they’re about will wither away.

If Trump succeeds, they will not matter. Not only will their power diminish. They will have to confront the fact they have lived parasitical, wasted lives in a corrupt city mooching off the talents, brains and efforts of real people. The truth hurts. Especially those who have denied objective reality and simple truths for their entire lives.

When you see that look of hatred on the faces of Nancy Pelosi and other Democrats, it’s not really about Donald Trump. It’s fear and self-loathing with nowhere to go. It’s misery, the same misery they’ve inflicted on others reflected back into themselves.

If only they would go away, how much better off our country would be.